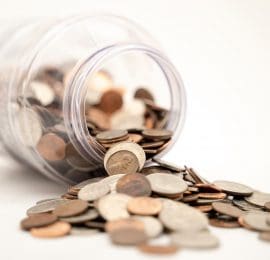 By now you’ve probably heard of the Gender Pay Gap. It’s caused quite a lot of commotion in the business world for years, and for the last year or so there has been some serious movement on closing it. But did you know that pay is not the only area that there is a significant gender gap? In the world of pensions, research has now found that there is a significant gap between the amounts men and women receive. But why is that, and what can be done about it?

How Bad Is The Gender Pension Gap?

New research shows that, on average, women save only a third of the amount men do by the time they reach retirement. To put this in perspective, women in their 60s have an average of £51,100 in their private pensions pots, while men of the same age have an average of £156,500. Divorced women tend to end up with particularly small retirement savings, averaging around £26,100 compared with £103,500 for divorced men. In fact, the research shows across the board that women need to save around 5-7% more than men in order to enjoy the same level of income in retirement, thanks to this and their longer life expectancy.

Why Is There A Gap?

There are a few reasons for this stark gap in pensions earnings. The first is simple – the gender pay gap itself. Because there are still many industries and employers that are paying women significantly less than men (around 18%), they are earning far less in terms of pensions contributions in comparison. Research by the Pensions Policy Institute thinks this could account for 28% of the pensions gap. Beyond that, around 50% of the gap is caused by women taking time away from work due to childcare commitments. Since childcare costs fall disproportionately on women, this makes it much harder for them to build up a comfortable amount of retirement savings. Women are also much more likely to work part-time (limiting their earning potential, and therefore their pension building potential), or take time out to care for an elderly relative, and this time out of the workplace can have a huge impact

That brings us onto another cause for this big gap – the part time pension penalty. This is not an official penalty, but it is something that women who work part time will struggle against. Working part time is one of the biggest factors in the pension gap, simply because a part-time salary means that many women won’t meet the £10,000 a year threshold in a single job to be auto enrolled into a pension scheme with their employer. This means they will miss out on saving for their retirement and receiving employer contributions to that pension.

Private pensions are one of the ways people can ensure they have a comfortable sum to rely on in retirement in addition to a workplace pension. However, the PPI found that there are 1.2 million women in their 50s who have no private pension at all – 50% more than men of the same age. This means that those approaching retirement without any private pension at all are very unlikely to have a retirement income of £15,000 a year – a sum that’s considered the minimum amount needed to achieve a comfortable standard of living.

So what can be done about this gap? While the issue of part-time pensions penalties and taking time out of work needs to be addressed at a governmental level, there are a few things that women can do to boost their pensions pots at a personal level like setting up a private pension making the most of the various tax incentives and allowances to boost their contributions.

At Chilvester Financial, we are here to provide just the advice you need to plan for your retirement. Regardless of your gender, it’s our job to make sure you are on the right track to save the amount you need to live comfortably in your retirement. We can also help you plan your finances to support that goal. If you would like to know more, just get in touch with us today and arrange your free, no obligation consultation.