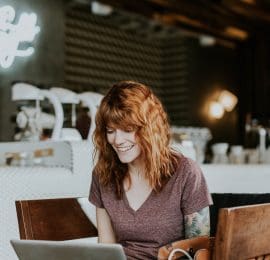 Common Financial Scams – And How To Avoid Them

Every year, new and inventive scams are designed by criminals to steal your data. For a long time, such scams were mainly aimed at individuals, but now, the biggest targets for scams and fraud are small businesses. Because small businesses don’t usually have the infrastructure and policies in place to properly protect their physical and digital data, it makes them easy pickings for identity thieves and fraudsters who want to make a quick buck. So what are the biggest business scams we expect to see in 2020, and how can you recognise them?

Invoice fraud is one of the biggest financial scams aimed at businesses, and it’s sadly increasing every year. Invoice fraud is when a scammer sends fake invoices to a business in an attempt to extract money from companies with vulnerabilities in their accounts payable processes. Invoice fraud isn’t one of those blind ‘try it and see’ hacking approaches you sometimes get – it’s something a hacker will have planned out in detail, from who they will be imitating to who they’re targeting. More often than not, they will have done research into their target company, choosing them based on size and location, and narrow down what suppliers they use regularly. From here, there are two approaches a hacker can take:

After that, it’s just a case of waiting for the target to pay the invoice into the hackers account, rather than the suppliers. By the time the victims realise what’s happened, the hacker is long gone, along with their money.

There have been a lot of these going around recently, and impersonating the government seems to have become all the range. Scams are flooding the market from various ‘official government departments’ – from people impersonating the DVLA trying to make money through fake speeding fines to aggressive campaigns against business owners threatening legal action due to complaints about their practices. These messages can be scary – and that’s the point. But remember, these departments will never contact you by email, never threaten you in this way (they have other agencies to do that) and will always be in touch via letter several times before a ‘final notice’ is issued.

According to UK Finance, the number of investment scams reported in 2019 rose by 152% compared to 2018. That’s a staggering number! Investment scams typically involve a criminal convincing a potential investor to part with money for a fake investment in assets like gold, wine, property or forestry schemes, or fictitious funds. If you are targeted by this kind of scam, you could stand to lose an average of £12,000. If you are being approached out of the blue, or you are being put under a lot of time pressure by an investment that looks too good to be true, it’s probably a scam.

Tech support scams are also a very common problem, both for individuals and business owners. Criminals will pose as tech support personnel and request access to your computer systems to ‘fix an issue’. While this might sound ludicrous and obviously a scam, these people prey on the less digitally savvy. They threaten legal action if they don’t allow access to their computers, plant viruses to back up their fraudulent claims and repeatedly harass people they see as good marks. Make sure your employees never give control of their computer to anyone who calls from outside the company offering to fix something.

Since the change in Pension rules brought new pension freedoms, there has been a surge in the number of people falling victim to scams and losing their pension savings to criminals. Typically, these pension scams start with an unsolicited call, text or email promising a free pension review or a lucrative investment opportunity. In January 2019, a ban on cold-calling in relation to pensions came into force, but the current ban is unable to ban calls from overseas jurisdictions, which is how scammers are now getting through. Make sure you always discuss any changes to your pension with your financial adviser before taking any action.

If you have concerns about any of the above scams, or would like more information on how to protect yourself and your business, just get in touch with the team at Chilvester Financial today.