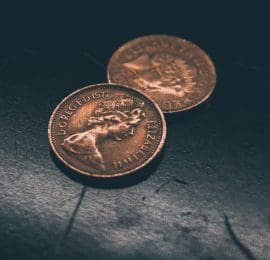 Brexit and Your Finances

Hold your horses – it’s yet another Brexit blog. But bear with us here.

In the past few weeks and months, the team at Chilvester have been asked about the impact of Brexit more times than we can count, both now and in the long term. It’s true that Brexit has become more complex the longer it has gone on, and with the prime minister getting yet another extension on the Brexit process, it’s starting to feel like the saga will never end.

So it’s no surprise that over the last few weeks and months a lot of people have asked me what the impact of Brexit will be on the financial sector, or what they should be doing with their investments and pensions to prepare for Brexit. While nothing is set in stone, we have a few thoughts on the matter.

Since the referendum vote in 2016, Britain’s financial services have been thrown into a state of disarray. The immediate aftermath of the vote was bleak. Between the stock markets plunging, the value of sterling suffering and consumer confidence taking a big hit, it’s no surprise that the general public worried about the state of the financial industry. The financial sector went into panic mode seemingly overnight, and it caused a lot of concern for the long-term health of the industry. After all, the financial sector contributed 12% to the UK’s GDP, generates over 2 million jobs and is responsible for 50% of the UK’s $3.1 bn trade surplus in services, making it the country’s biggest export industry. But since that initial dip, the markets have recovered, helping to wave off concerns of immediate doom for the British economy.

Unfortunately, there is a limit to how much we can predict the future when it comes to the financial sector in general, and Brexit specifically. With no hard plans in place, there is very little data to go on. But there are three areas that might see some long-term effects from the outcome and uncertainty of Brexit.

Regulatory: The regulatory picture surrounding Brexit is complicated, long and even now hasn’t been fully recognised yet. The main issue is that a lot of our financial laws come either from the EU, or from global regulators who hold the UK to a higher standard than EU rules currently do. This means that Brexit could pose a thorny long-term legislative challenge, with over 40 years of regulation not formally enshrined in UK law.

Economic: Over time, competing European financial centres may renew attempts to attract key Euro related activities and infrastructure, using the argument that these are better conducted from within the Eurozone under EU supervision. The UK may find it harder to resist such attacks after losing the protection of the European Court of Justice. This means we might see a slowdown in EU talent that currently comes to work in the UK, particularly in financial services.

So What Do We Know?

Unfortunately, the answer to that one is a very firm ‘no idea’. No financial adviser has the power to predict the future, so any suggestions of what will happen to the investment markets over the next few weeks and months are mostly guesswork. And while Brexit has filled thousands of column inches for many years, it isn’t the only thing to do so. If you were to go back over the last 100+ years you would find similar fear-inducing events dominating the news, with uncertainty plaguing the headlines.

What we can do is assure our customers that, whatever happens in investment markets next week, next month or next year, we already have a clear plan toward their future objectives. This means there’s absolutely no need to make knee-jerk decisions or reactions. So for now, the best we can suggest our customers do is this. Put the newspaper down, turn off the TV and carry on as usual. And if you have any questions, concerns or just want to talk through your options, we’re always happy to help. Just get in touch with the team today to book your free consultation.